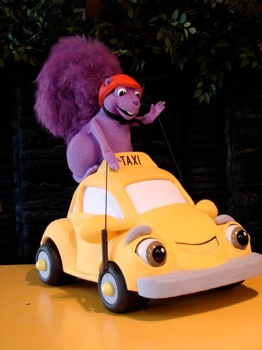 Basically my son had no concept of the street and how driving cars are dangerous.  While most small children are prone to run into the street without looking, mine just really didn’t have a clue.   He learned how to potty train early on, shortly after he turned two-years-old, and is very bright in many other ways (knows his ABCs, colors, numbers) and he’s the only one in his new 3-year-old class who can spell his name (he just turned 3), but when it comes to the street, my kid has no smarts.

And I knew it was possible to teach him street safety because my girlfriend’s son, a few months younger than my little one, had great street smarts.  (Actually, not only is he cautious of the street and pays attention to oncoming traffic, he can actually point out and name every make and model of a car.  I’ll ask her if I can post a video of him doing that.  Shoot, I can’t even do that.  I’m horrible with names of cars.  But then again, I’m horrible with names and faces in general.)

So mommy had to intervene. It was a matter of life or death! 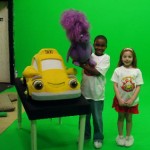 I got in the habit of daily saying, “We’re at the street now, what do we do?”  At first he would rarely answer. So I’d answer for him, “Stop and look! We look to the left, we look to the right, and we look to the left again.  Okay, no cars coming, now we can go. Keep holding mommy’s hand.”  It became a game (and a great way to teach him “left” and “right”).  I kept this up for a whole month and he began to understand that if a car was coming, it was not safe to go into the street. “Mommy, a car is coming.”  But I can’t take all the credit.  I also ordered him a DVD I found online called, “Metrobaby Manhattan: City Sights, Street Safety.” 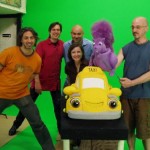 The Metrobaby DVD features a character called “Tiny Taxi” who teachers your children street smarts.  Admittedly, I thought the DVD was a tad boring when I first put it in, but my little man loved it.  “Want to watch taxi again,” he’d say.  And he’d actually watch it a few more times.  And it totally helped him to understand the danger of the street and the importance of holding an adult’s hand before crossing it.  So I give it two thumbs up and blogging about it to help spread the word about it if your little one is finding street smarts to be a challenging concept as well!

I bought my DVD from Amazon.com for 15 bucks and totally worth it.  For your convenience I put an order link to the product below.  Or you can order directly from their website here:  metrobabymanhattan.com.  Just click “Store.”   On the website you can also learn the story before the doctor/parent who created the DVD.  I’m glad she made it because there really isn’t anything else like it on the market.  If you know of any other resources for teaching street smarts, please add a comment below!

Here’s some cool videos for kids about crossing the street that I found on YouTube; I put them together in a playlist so that they play one after another.  Enjoy!