Soledad Obrien’s Documentary on, “Who is Black in America” 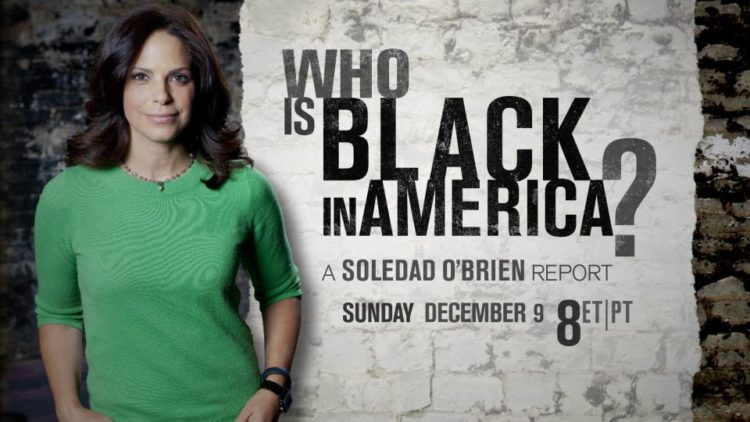 This past Sunday night I watched a documentary on CNN.  By Soledad O’Brien.  TV journalist. Topic: Who is Black in America.  I knew I had to tune in.  This topic has interested me for quite some time.  Long before bi-racial Barak Obama became known as American’s first Black President.  When he was elected I actually questioned, “Isn’t he just as much White as he is Black?  What makes him Black exactly?” But I already knew the answer.

You see, I had determined back in the mid-90s (my college days), that it’s not so much a color thing.  Nor a race thing. No. It’s more of a culture thing.  Let me excolor-box.

Let’s say an Asian girl was adopted into a Black family who lives in Queens or The Bronx.  Then attends college.  Inevitably she will identify with Black persons more than Asian or White persons. 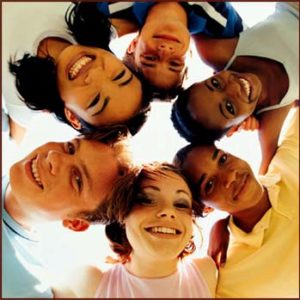 Or let’s say a White boy is raised by one Black parent and one White parent in the heart of the “hood” in North Philly.  He attends a predominantly black school and church.  This White boy could be deemed more “Black” (quote-unquote) than a Black boy raised on an Amish farm by White parents.  See what I mean?

Most folk consider President Obama to be Black not because he “looks” Black.  Nor the One Drop Rule.  (a Rule that was deemed unconstitutional in 1967.)   Simply put, President Obama identifies most with Black folks.  Culturally speaking. (Read his autobiography, “Dreams From my Father.”)  He immersed himself in Black culture & experiences after becoming a Community Organizer.  He attended a Black church.  He married an African-American woman.  Those things–more than anything–paint him “Blacker” than the hue of his skin.

“And then someone else would say, “Yeah, but she’s married to a white man.” And I’m like “OK, so does that make me less black and how in your mind does that math work? That there’s a certain number and if you get below that number because you get points for who you marry and you lose points for where you live and how you speak?”1

Although it goes without saying that a person’s spouse doesn’t increase or decrease a person’s “Black points.”  Or a person’s Black authenticity.  We can’t ignore that in a society obsessed with categorizing people neatly into “Black” or “White,” martial choices (in some cases) can give “clues” as to the race or culture a person identifies the most.  But truth be told, even knowing the race of someone’s spouse doesn’t necessarily mean or guarantee that spouse practiced or experienced the culture most associated with their color or race.  They could have been adopted by parents of an entirely different race.

So this topic is quite complex.  To say the least.   Because even though I contend “it’s a culture” thing in today’s times, skin color still plays a part in how many people are treated or perceived.  Unfortunately.  And for women, it’s compounded by our hair.  People make assumptions about our racial identity and “who we are” based on both our skin color,  And based on how kinky our hair seems–or not.  People say they’re colorblind.  But most aren’t.  So while many argue that race shouldn’t matter, the reality is that it does.  Race matters.  People are judged daily by it.

For example, I’m not bi-racial but I’m often assumed to be because of my skin color.  Which is very light. Even though I have several traditional Black female traits if-you-will, physically.  Oh, and did I mention I have hazel eyes?  Naturally? (My contact lens aren’t colored as is also assumed.)  So I encounter all the typical “what are you” questions.  Such as, “Is your mamma White?”  And, “Are you mixed?” And no matter how I answer, some aren’t willing to accept that my parents are both Black.  That I’m just light-skinned.  I like to inform people that “Black people come in all shades of the rainbow.”  My brother (we have the same mother but different fathers) came out a beautiful shade of milk chocolate, for example.

“But you don’t act Black,” a college peer remarked in 1994 when she “discovered” I was Black.  She was from Indiana and I didn’t live up to her stereotypes of Black persons.   “I’m just so shocked you’re Black, June. You don’t walk with a strut. Or talk jive. And you don’t have big lips!”  Then she added, jokingly, “Come get your African American clothes out of my room.”  (We were doing laundry.)

I was often regarded as a “token” by the college administration, too.  To deliver messages to “my people.”  (Not my words mind you. The college president actually said, “Please tell your people…” –like I was Moses or something.)  I also recall helping the president to understand why inviting the Latin American Voices (LAV) choir to sing only when we had a Spanish guest speaker was offensive.  Something he didn’t naturally understand.  I’m not even sure he got it after I excolor-boxed it, but he made a point going forward to include the Spanish choir on days when we had non-ethnic guest speakers. 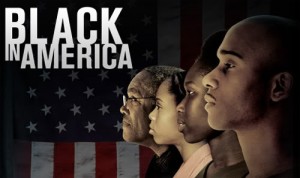 I’ve also experienced racism within my own race.  Some Black folk with darker hues flat out don’t like other Black folk who have lighter skin tones.  Admittedly so.  This is discussed in a documentary called Dark Girls.  That same documentary also highlights very painful scenarios and experiences lived by some women who have darker skin.

There’s also the famous video of young Black girls pointing the White baby dolls when asked to identify which baby is “pretty.”  Likewise, they point to the Black baby doll as being ugly (watch here).  There’s quite a few such experiments caught on video on YouTube. Just search “white doll, black doll.”  My son, as early as age three, inquired as to the different “shades” of brown between him, my husband, and I.

That brings me to one of the beautiful things about the Body of Christ.   Although it’s said that Sundays are the most segregated days in America, that’s surely not what God had in mind.  The Apostle Paul writes to the Galatians, ” There is no longer Jew or Gentile, slave or free, male and female. For you are all one in Christ Jesus.”  He also tells the Collosians, “Where there is neither Greek nor Jew, circumcision nor uncircumcision, Barbarian, Scythian, bond nor free: but Christ is all, and in all.”

It is also written,

“They will know we are Christians by our love.”2

Wouldn’t that be an ideal world? Where people are judged based on love alone?  And our days measured in love?  Just like that song “Seasons of Love” suggests?

I actually grew up color blind in some sense. I recall having junior high “crushes” on Black boys. White boys. Spanish boys. And Asian boys, too.  Korean to be exact. My crushes weren’t based on how they looked or their color.  Rather by the content of their character.   Sure, I thought they were cute.  But a man’s outsides aren’t attractive to me unless he’s got good insides. I know, I’m weird. But it’s true.   I was attracted to who they were as a person.

In fact, being an Army brat, I lived in Germany for six years.  And saw many different cultures and colors.  So I didn’t even realize I was “different” or that I didn’t fit the “stereotypical Black person” until I attended college.   It was then that my race was brought to my attention.  Seemingly everyone wanted so desperately to “categorize me.”  And this was a Christian college.  Where these things should matter even less.  I guess.  But it was a predominantly White college.  And many of the kids had never seen Black people other than on TV.

So I think the discussion Soledad sparked with her documentary is important. And valuable.  In fact, the documentary is a series.  There so much to discuss on this issue that it could easily be an entire mini-series.

I’m sure there will be many persons out there who “don’t get it.” They’ll roll their eyes.  And whine, citing, “This topic is old and tired.”   Or, “What a stupid show.”  Or think, “Well, gee. I know who is Black in America.  It’s not rocket science.”  Or there may even be a snooty Christian or two who may think, “My church is extremely diverse.”  Okay.  Great.  Embracing diversity is easy.  Knowing it exists is a no brainer.   But as this documentary asks, “Who in America is Black?”  And as this documentary shows, it’s not so clear cut these days.

My heart went out to the young lady in the documentary who felt “Black” on the inside but was treated much differently in society.  She wasn’t allowed to “fit” in.  She was from Egypt and identified exclusively with the African American culture but is considered White by government census standards.  Since Egypt is in North Africa.

The topic is worth analysis.

Yes, America still has a long way to go.  But gone are the days of slavery.  And other ills that oppressed a particular race of people for so long.  I’m glad that we are finally at a time in history where more and more people of color are “going natural.”  And saying goodbye to the creamy crack (perm or hair relaxer).  And other tactics or methods used by minorities to morph ourselves into an Anglo idea of beauty.  We are beautiful just the way we are. Black is beautiful.  Part Black.  Whole Black.  Even if you have no Black.  As part of the mission statement for the Leave-In Conditioner by Mixed Chicks says:

…whether you’re Black, White,
Asian, Latin, Mediterranean
or any gorgeous combination of
the above….

I’m also reminded of Dr. King’s words, and I’ll end with this,

“I have a dream that my four little children will one day live in a nation where they will not be judged by the color of their skin, but by the content of their character.”