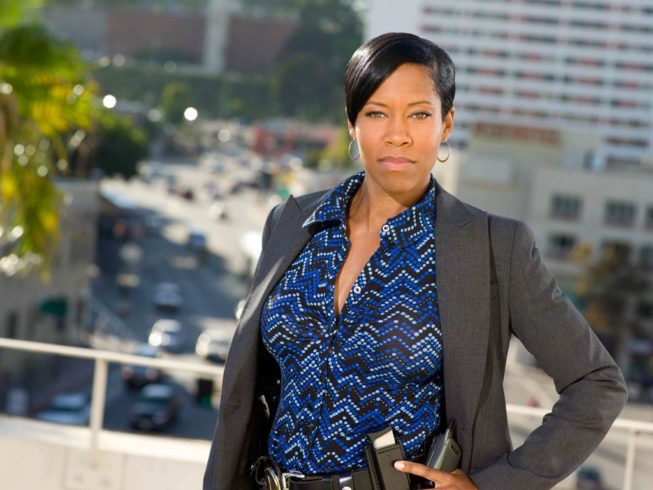 Below is a reprint of Regina King’s open letter about the Emmys that she wrote shortly after The 62nd Primetime Emmy® Awards which took place Sunday, August 29, 2010, at NOKIA Theatre L.A. LIVE in downtown Los Angeles.

“Since the Emmy ceremony, I have been going back and forth about whether or not I should compose this letter.

I try hard in my daily life not to engage in uncomfortable situations regarding race. But sometimes it’s very difficult to find other reasons that better excolor-box why certain events play out the way they do.  It is impossible for me to ignore the published statistics regarding the number of people of color mentioned, celebrated or honored in the history of the televised Emmys.

Up to and including this year, there have been only 53 non-white actors nominated for Emmys out of nearly 1,000 possible nominations in the top four acting categories for drama and comedy.

I’ve worked in television nearly all of my professional life, and that statistic is quite sobering to me.

And to add injury to my already sensitive nerve endings a picture of Rutina Wesley from True Blood, who attended this year’s Emmys, had a caption that read: “Regina King enters the 62nd Emmys.” No, I wasn’t there. Mistakes happen, right? 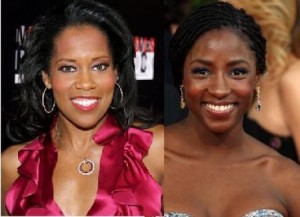 Well after a few “mistakes” of how people of color are portrayed in the Hollywood media, I decided it was important to say something about how things go down in Hollywood.

The initial pull on my heart strings was not seeing the veteran Sesame Street actress Alaina Reed Hall included in this year’s memoriam. I know I am taking it somewhat personally because of the history I shared with her, but then I stopped to think about the fact that she was on Sesame Street for 12 years, a show that is an American institution. People of all ages and generations have seen and enjoyed this highly influential television show. You have to admit, to not recognize her contribution to television baffles the mind. I first wondered, maybe I had turned my head quickly and missed seeing Alaina’s picture scroll past the screen or she was mentioned later. But no such luck.

I am assuming other actors have lost someone close to them who weren’t recognized during that segment of previous Emmy telecasts. So I will take the stats about people of color out of my comcolor-boxt and pose an essential question on behalf of any television artist of note working in our business. What is the process in determining who will and will not be recognized during the Emmy memoriam.