Pop Corn Had a Creative Creator 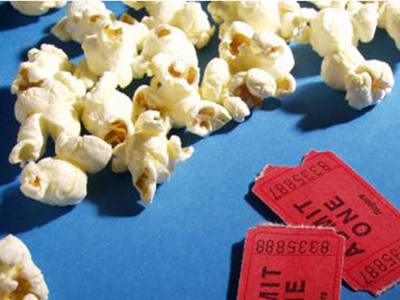 Popped in movie theatres and microwaves in homes all across the world, this little snack showcases our Creator’s creativity!  Submerse an ear of corn into a pot of boiling water for several minutes and you’ve got corn on the cob.  But throw another ear of corn onto an open flame and out bursts white fluffy kernals of corn that is etible and tasty at that.  No matter your theology of philosophy, that’s pretty amazing!

Evolution theories surely haven’t considered corn.  I mean, can corn have just “evolve” to do this on its own?  Or did someone brilliant design corn to do this?  I submit to you that clearly someone magnificent “thunk this up.”  Can’t you hear God now, saying, “Let me create corn next.  When they boil it, they can eat it for food.  But, let me add a little surprise to this particular food. If its throw it into some fire, out will burst forth a nice little snack.  Let’s see how long it takes for this surprise to be discovered.”  I also wonder which was discovered first; the fact that corn can be boiled and eaten, or tossed into fire to produce popcorn?

Popcorn origins: Popcorn has its origins among many different Native American tribes, and traces of the snack have been found from as far back as 5,000 years ago. In fact, it was so widespread in pre-Columbian America that scientists are not really sure where it came from. Basically, wherever people grew corn, there was popcorn.

The Native Americans typically flavored their popcorn with various herbs and spices. Some tribes even believed that there was a spirit inside each popcorn kernel, and that the popping happened as a result of the spirit getting angrier and angrier until it burst.

First popcorn machine: The first popcorn machine in history was created in the late 1800s by inventor Charles Cretor, who unveiled his creation in 1885 in Chicago. He soon began manufacturing and selling these machines, and the company that he founded is still going strong today.

Carnival and theater popcorn: It was around the same time-the late 1880s-that vendors began selling popcorn to carnival- and theater-goers. At first, the popcorn was sold by vendors outside of movie theaters, which annoyed the theater owners, inspiring them to begin selling the snack inside of the building. By 1912, at the dawn of the cinema age, this practice was widespread in movie houses throughout the United States.

Theater profits: These days, it’s no secret that movie theaters make very little money from movie tickets. In fact, they get most of their profits from selling concessions, and popcorn is a huge part of this. You know that $7.00 bucket of popcorn you get at the theater? That costs no more than a few cents to make. In other words, popcorn comes with a huge profit margin.

How does it pop? Every popcorn kernel contains a tiny amount of moisture. When the kernel heats up, this moisture turns to steam, expands, and needs a way out. But because the corn kernel is airtight and impregnable, there is no way for the steam to seep through. Instead, it just explodes.

Where does it come from? Today, Nebraska is the largest producer of the corn that goes into popcorn. The state harvests around 250 million pounds of corn per year specifically for this purpose. North Loup, Nebraska bills itself as the “Popcorn Capital of the World,” but there are other contenders for this title, including Marion, Ohio; Van Buren, Indiana, and Shaller, Iowa.

Yes, God is real and exists.  If you have doubts, just watch popcorn pop!

Your comments are invited below.