Pastor Aaron Tells All in “Eyes That Seen Plenty” 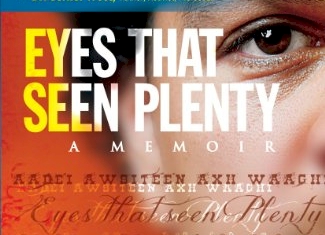 I recently read the book, “Eyes That Seen Plenty” on my new Kindle Fire (read why I chose Kindle over Nook).   Below is my review of Pastor Aaron’s book.

Aaron W. Campbell had these questions.  And many more.  A kid from NJ, he was fluent in two worlds: street and academia.   He was an honor student at Wardlaw-Hartridge School and accepted into UPenn, an Ivy League School.  At the same time he also knew the codes of conduct and survival for the Evil streets where he grew up in Plainfield, NJ.   Growing up in a single parent home, he decided he needed to become a man.  So after getting accepted into UPenn, he worked summers at the Port Authority in NYC as a janitor.  The ultimate school of hard knocks.

“See, UPenn was supposed to have provided some ultimate sense of stability by now, while the Port, on the other hand, was supposed to have provided some ultimate sense of manhood.  So now that I was Ivy League as one could be–with both Wistar and a strong contact list to prove it–well why wasn’t I experiencing that ultimate sense of stability?  And now that the Port was like my personal playground with monkey-bars, why wasn’t I yet feeling that King Kong sense of manhood?  I mean, yeah, I was as cocky as one could be, but we all know that cockiness and contentment are two different things.” 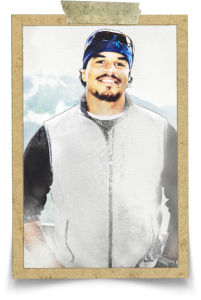 Aaron ultimately encounters the reality that his master plan to achieve success and happiness, as brilliant as it was, as brilliant as he was, wasn’t enough.  It wasn’t making him happy.  In fact, even with everything going according to plan–even better than his original plan–deep inside he felt miserable, tormented, lost, confused, and at times suicidal.  And he had did due diligence with seeking life’s answers.

For example, at UPenn he studied ancient Egypt and “Mdu Ntr” (Mid-doo Netcher) or “Ma’at,” the language of ancient Egpyt (or “Kemet,” as it was called).  He could even scrawl his name effortlessly in hieroglyphics, which he often did on sidewalks throughout campus.   His bedroom was doned with Egyptian relics, including “a wood-carved statuette (idol) of Ptah, the self-created Egyptian god said to have dreamed all of creation in his heart.”  Also included was the god Shu, god Nut, and god Geb.  Aaron writes,

“Ancient Egypt was where I focused my energy, especially as I now believed that all truth originated there.”

Consequently, in a search for his identity after bad childhood experiences with Catholicism, he was also extremely well read and versed in Black history and Indian (Native American) history.  He had all the latest books there was to have on those topics and could school anyone.

He also studied Native-American spirituality which included talking with dead ancestors.  In addition, he studied and practiced many other pathways and teachings all claiming to have the ultimate answers.  Aaron writes,

“The motivation [for my] search was never about following what was trendy, or what some rapper or singer was now droppin’ in their music; this was my sincere groping for change and real ‘truth.'”

What does Aaron ultimately discover in his quest for answers and truth?  You’ll have to read the book to find out!  I read this book (finished it today) and was very moved, and you will be too.

You can learn more about the book right now at the below links:

BUY THE BOOK:  To order the book in paperbook on Amazon, click here.

The book is also available on the KINDLE and the NOOK e-readers (read my review on the Kindle Fire).
To grab the Kindle version of Aaron’s book, click here.

QUESTION:  What has your spiritual journal been like?  Are you still seeking answers for touch questions like Aaron asked?  Or have you found answers?  To add your comments to this page, click here.