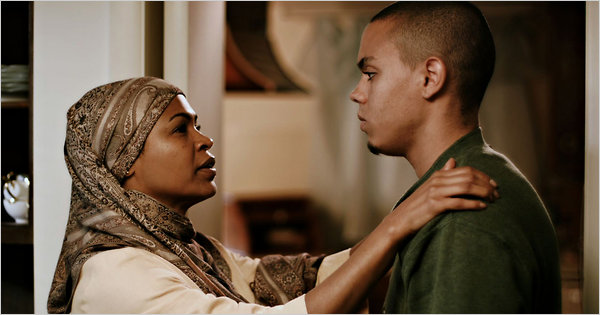 I recently saw the new movie, “Mooz-lum” directed by Qasim Basir and highly recommend it!  You can view the movie’s trailer below.

Tariq is a college freshman who uses the chance of going away from his parents as an opportunity to forget about his Muslim roots. His angst is challenged by racial crimes that are fueled by post-9/11 racial anxieties.

The movie, starring Danny Glover, Nia Long,  and Evan Ross, opened February 11, 2011, but only in select cities and theatres.  I saw it at the AMC theatre at Franklin Mills Mall during my Valentine’s Day Getaway in that same area area.  But the good news is that more locations are coming soon by demand!)

I love movies, especially when it’s a great film that also has a great message or teaches people something important in creative ways.  Movies like John Q (health insurance), Runaway Jury (gun control and jury tampering), and The Life of David Gale (capital punishment) all fit that criteria.  The storylines in these movies are excellent and the issue at hand isn’t “forced” onto the viewer; it happens naturally.

Mooz-lum is an outstanding script because it tells a great story while vividly illustrating unfounded prejudices that many Americans have against persons who practice the Muslim faith and culture… in a way we can both SEE and FEEL it, almost feeling their pain.

Mooz-lum “exceeded expectations at the box office last weekend, earning $12,712 per screen — one of the highest per screen averages in the country. AMC Theatres® (AMC) had the film exclusively in 10 cities on 11 screens.”

I’d even say it is a “must see” film and that it’s “right on time” for the type of race issues busting at the seams in today’s society.  It helped me to understand the Muslim way of life a little better and appreciate some of their values and choices.   I admit, I’m not super well versed in the Muslim faith, other than they worship Allah and that the women choose to wear head coverings. 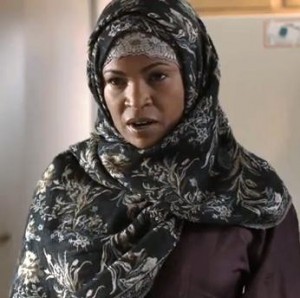 What is so interesting is the many different levels of prejudices that this movie shows.  There is the obvious level of people who just hate Muslims “just-because” (like people who hate *all* Muslims after the 911 attacks; the movie takes place around this time).  It also shows the not-so-obvious levels such as Tyriq’s Black dorm-mate who in his mind thinks he’s “friends” with Tariq, but Tariq breaks it down to him (and his sister) as to why he’s not a true “friend.”  How he actually made his life harder.

It even reveals some ills inside of the Muslim Faith. As with any sect or group of people, there are always some bad apples in the bunch.  And it even shows a marital relationship that tears apart based on two people, both Muslim, having very different views about how things should go.  My favorite part (without giving too much away) is when the mother hears her son’s voice and even though he says things are “fine,” she immediately knows otherwise.  Perhaps this affected me the most since I am now the mother of a little guy.  He’s only two-years-old right now but when he’s older I hope I will know when something isn’t right, no matter what he says.

The only thing that saddens me about the movie is that people who really ought and need to see this movie probably never will.

But even for those of us who “think” we have no prejudices, the movies shows the subtlely of how even “we” can unknowingly have them.  For example, I think some Christians struggle with loving all people, particularly people who do not believe like they do.  They forget that they still have to love the person.  Jesus would… the very person Christians follow.  Jesus was such a radical in this area that He said, “Love your enemies.”  He also was social with quite a few hated people groups in the Bible.  Yet people in our society, Christians included, tend to stone people (figuratively) who have different religious views.  For shame.

The official Facebook page for the movie Mooz-Lum recently posed a question in its status, asking people to tell the reason that others need to see this movie.  Below are some of the responses:

Please help spread the word about this movie. Help it go mainstream without the conventional methods (i.e., Hollywood).  Share it, facebook it, tweet it, e-mail it, and word of mouth it! :)

As always, comments are welcome below.