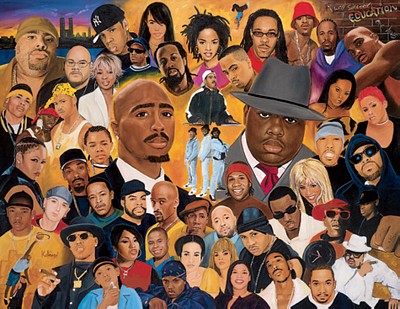 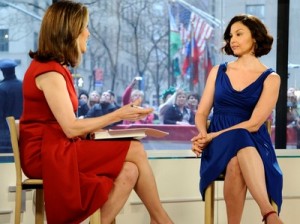 As revealed in her new memoir, “All That Is Bitter & Sweet: A Memoir,” Ashley Judd is pretty opinionated when it comes to hyprocricity, namely Hip Hop artists whose music often demeans women being selected to promote special causes, such as YOUTHAids, one cause she knows well due to her HIV/Aids activism over the years.  She writes,

“Along with other performers, YouthAIDS was supported by rap and hip-hop artists like Snoop Dogg and P. Diddy to spread the message…um, who? Those names were a red flag.  As far as I’m concerned, most rap and hip-hop music — with it’s rape culture and insanely abusive lyrics and depictions of girls and women as ‘ho’s’ — is the contemporary soundtrack of misogyny. I believe that the social construction of gender — the cultural beliefs and practices that divide the sexes and institutionalize and normalize the unequal treatment of girls and women, privilege the interests of boys and men, and, most nefariously, incessantly sexualize girls and women — is the root cause of poverty and suffering around the world.” (From RadarOnline.)

Alshey Judd was recently interviewed by Tavis Smiley about her stance on Hip Hop and admits to ways she could have expressed herself better and what she has learned since ruffling the features of many for whom Hip Hop is a way of life.  And as one comment noted on the PBS YouTube page, “Misogyny is integral in a lot of music: rock, rap, country.  Why is it that rap music and its muscians are blamed for the country’s problems and current situations?” In other words, the very problems with Hip Hop she cites are found in every genre of music, except for maybe Gospel.

One of my favorite radio commentators, Jeff Johnson, spoke about this controversy recently.  below are Jeff’s well-rounded remarks and outlook on Ashley Judd’s comments, making important distinctions between Hip Hop Industry, Hip Hop Community and Culture.  He ends with a challenge for us all.  (Be sure to also watch the Tavis Smiley interview too.)

Jeff states, “The last few days have been a buzz with responses and counter responses from statements Ashley Judd made regarding Hip Hop being a culture of rape, full of messages of misogyny and sexism, saying that certain artists involvement in the campaign seem to contradict their lyrics.  But what a newsflash.  I mean, yet again, I think that many of us failed to take an opportunity to have a real discussion about issues that plague our community in the name of being defensive.

I was confused at Ashley Judd–who has no real context for not only the complexity of the Hip Hop Industry but also the Hip Hop Community and Culture–would make such a blanket statement about the entire Subculture.

But this issue is less about Judd and much more about those who are members, leaders,  even defenders of the Subculture known as Hip Hop.  The reality is that even black and brown communities or family above a certain age is not aware of the breath and depth artists, styles and messages.  But to be fair, the Hip Hop Industry has been so relentless forcing us to see only one commercially successful type of Hip Hop at a time that many of our young people are no better versed to communicate what Hip Hop means outside of Wayne and Waka Flocka. 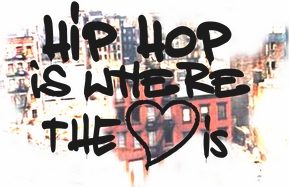 The problem is that the Hip Hop Subculture faces is that too many people in the Hip Hop Community have acquiesced (have given up) their leadership responsibilities to the Hip Hop Industry.  The reality is that most of the often young, undeveloped and many times neglected artists that we’re looking to lead suffer from the same issues as the kids we’re asking them to lead.  Is that message to let them off the hook?  Hell no.  But it is an acknowlegement that going platinum doesn’t make you whole, and we still have a responsibility to mentor.

You can say whatever you want about Barry Gordy, but he understood that artist development was the key to longevity.  You could talk, think, present yourself in any environment.  Could you develop skills outside of singing and performing that would benefit your brand and your life?

The Hip Hop Industry treats artists like horses:  run ’em ’til they fall out, shoot ’em, then go find another one to take its place.  Mentorship and development is key if we ever want to see those in the industry get better.

But the Hip Hop Community has to take more responsibility for the institutional development, training, representation and leadership of  Hop Hop: the culture, not just the business.  Ashley Judd didn’t say anything different in her book than did those brilliant sistas who yesterday celebrated their founders day at Spellman College when they engaged Nellie some years ago.  But the difference was those sisters were part of the Hop Hop community.  They didn’t hate Hip Hop.  They were disappointed and wanted to do their part to make the community healthier by being leaders to artists, not asking artists to lead them.

Even during Civil Rights, the majority of artists who used their celebrity to push their movement were not the leaders of the movement.  There was construct, idiology, method, mission created by leaders that artists like Sidney Poitier, James Brown, Ivy Davidson, Ruby D, Sonia Sanchez and others could plug their genuis into.  I applaud the consistency of artists like Common, The Roots, Talib Kewli, Dead Prez, A Mortal Technique and many others.  And I’m excited about young artists like D1 out of New Orleans, and producers like Ninth Wonder who literally are attempting to lead movements with their music.

But I also celebrate those sisters, my sisters, like Rosa Clemente, Lisa Fager, Donna Lisa Fisher, and so many other sistas around the country, young and old, who are consistently using the banner of Hip Hop to challenge their brothers as they build with their brothers, even as they face sexism themselves.  We have got to talk honestly about the generational curse of sexism and masagony that have been perfected in Hip Hop but passed down from the black church and Civil Rights cultures.  The focus is not on blame but should be healing and accountability by all of us, and we have to deal with more than just those issues.

There’s a place for the discussion of the use of Hip Hop to educate, teach and train; for Hip Hop to mobilize young and not-so-young in a real and substantive way; to use examples to encourage entrepreneurship and financial literacy.

If you’re a part, at least you know you’re a part of the Hip Hop community in some way, shape, or form and you don’t represent or perpetuate a culture of rape, then let’s see it and hear it.

I’m Hip Hop, and I don’t support rape.  I support us moving to the next level using a language that young people understand but that we gotta use to challenge them to be better.

Now Your Point of View

What do you think?  About Ashley Judd’s comments, Tavis’ interview with Ashley and his comments, and Jeff Johnson’s remarks?  Share in the comment section below!