Halloween: A Trick or Treat? 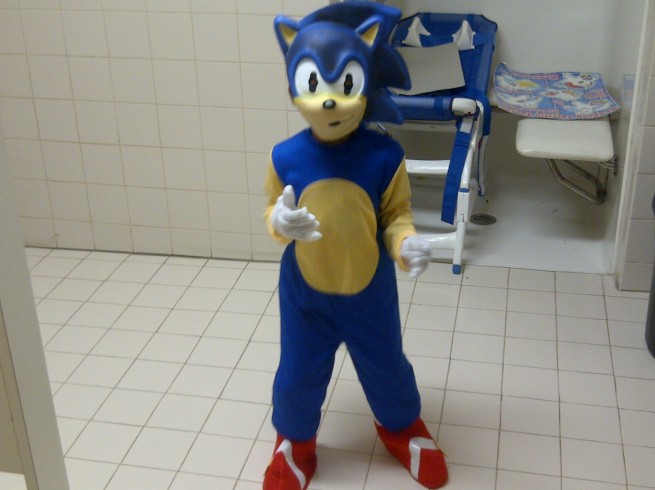 I stay indoors on Halloween.  After all, it’s the number one holiday on the Satanic calendar.  Witches cast spells on this day.  Not pretend witches.  Real ones. And there’s a bunch of other occultic activity going on.  Early in life my Sunday school teacher schooled me on some of the occult evils that happen on Halloween.  And it kinda stuck with me.  Straight scared me actually.  I was nine years old.  Although I do have faint memories of going trick or treating a time or two as a kid.  But I think that was before my dad was re-stationed to Germany.  Yes, I was an Army brat.  And we attended the Christian Serviceman’s Center on Sundays.  A church.  For military personnel overseas.  And that’s where I had the anti-Halloween Sunday school teacher.  We saw films and read newspaper articles on how kids were murdered, poisoned, and all kinds of other ills, all associated with this seemingly innocent “holiday.”

So in college, I picked Halloween as a topic to write on one year.  I was curious.  How did it start?  Was it really evil like my Sunday School teacher had taught?  I camped out in the campus library for about a week.  I looked up microfilm, magazine articles, books, and more.  The topic of my paper was, “The Origin of Halloween.”   I wrote convincingly with a pretty thick bibliography that Christians should avoid this day.  Because what I discovered is, um, yeah, it’s about as wicked as can be, even today’s American adaptation of the holiday.

Here’s what Anton LaVey, founder of the Church of Satan had to say about Halloween:

The main two Satanic holidays (after one’s birthday), are Walpurgisnacht and Halloween.

I’m glad that Christian parents let their children worship the devil at least one night out of the year.

Again, the guy who heads up the Church of Satan said this.  And if you didn’t already know, they do things in church like human sacrifices.  Right.  They find people, murder them and offer them up to Satan.

I’m not making this up.

And here’s an interesting statement on Wikipedia about Halloween:

Though the origin of the word Halloween is Christian (referring to the day before All Saints Day), the holiday is commonly thought to have pagan roots.

Wikipedia is accurate.  In fact, you’d be surprised perhaps at the origins of some of the common traditions of Halloween, too. Like trick or treating, jack o’lanterns, bobbing for apples, and wearing scary costumes.

I wish I could find the paper I wrote in college to link to it here.  But what I found is that altho the Church back in the day tried to Christianeze this day by declaring it an All Saints Eve day essentially (the day before All Saints Day), it was a day that existed before the Church tried to claim it make it a holy day, unsuccessfully I might add.

But even if none of the above was enough to fizzle out my interest in participating in Halloween, I’ll tell you what also played a factor in it for me when I was single in the early 1990s.

I was not a fan of opening my front door to give complete strangers candy in the dark of night anyway.

I’m just sayin’.  Because where I lived, it was not just kids that went around knocking on doors.  I mean, it’s prime time for easy home invasions.  Think about it. Any adult can walk up to your door, even holding the hand of a cute child in costume, and force their way in.  True?  True.  We hope there’s no crazies out there doing stuff like this but there were plenty of home invasions that occurred in Philadelphia this year so far.

Am I suggesting we live in fear?  Nope.  Just be wise.  If you’re a young and single woman and want to give out candy to kids, go to a friend’s home and help give it out there.  Or invite friends over to your home on that day, just so you aren’t home alone.  It’s just a smart precaution.  Don’t advertise to anyone that you live alone.  That’s just street smarts no matter where you live.  It’s not a guarantee that anything will not happen, but don’t make it easy for something to happen.

Then of course there’s all that candy.  Am I against eating candy?  Nope.  On a good day I’ll dark chocolate covered almonds.  And on a bad day I’ll scarf down a Snickers bar.  Of course, I try to buy the “alternative” Snicker’s bars like ______, that makes healthy substitutes and you really can’t taste the difference!  But it’s not good to eat candy or sugar every day.  So parents should vet the candy their children bring home and ration it out to them over a long period of time.  I end up throwing most of it out because I just let my little guy participate in the dressing up part

I’ve attended several churches that practice Halloween alternatives.   The Christian Services Center in Germany had “Fall Festival Day.”  Where we dressed up as Bible characters.  And kids came to church to “exchange candy” instead of going out in neighborhoods and trick-or-treating.

Some churches get much more creative than that.  Like this one.  They send trick or treaters on a treasure hunt.  Discovering “clues” at various houses of other church members on the treasure hunt map.  One church I know in Florida near my alma mater would put on a huge production each year called, “Heaven Gates and Hells Flames.”  It was live drama that showeed what happened to people who decide not to live for God.  They end up in hell.  Very scary.  The devil was in it and everything.  I’m not making this up.  Many were saved each night.  I’m just not sure that “fear” is the greatest introduction into the Kingdom of God.  In like manner, I know of churches who have held haunted houses showing demons and evil with a salvation message at the end.

Other  churches seize Halloween as a chance to evangelize.  Such as positioning implants in the community who give out up to 600 witnessing packs containing necklaces and candy.  To redeem the night for God.   Shout out to Bonnie who led 10 kids to Christ this Halloween.  Also shout out to our friend LaVeta who each year greets trick-or-treaters with a huge smile, candy, and a message about God’s love.  But not all Christians smile at alternatives which they deem at merely substitutes.  They say there should be no substitutes.

Both “sides” use scriptural backing to make their case.  So it seems to boil down to personal convictions.  Because Halloween participation is not a core doctrine of the Christian faith.  But I can easily see why there’s opposing opinions within Christendom on this subject.  We just have to be careful as Christians not to push our liberties or personal convictions onto others.

Now to get a little more personal.  My little guy is four years-old.  And I never had plans of him participating in this day.  But I let my guard down when he was two.  Mostly because the pre-school he attended at the time, a Christian academy, had a “Harvest Day.” Kids came to school dressed in whatever they wanted. As long as it wasn’t scary.  No ghosts, witches, frankensteins, or anything demonic.  So I dressed my little guy up as a lion.  He was two at the time.

Then when he was three, he was obsessed with dinosaurs.  First Barney.  The purple dinosaur.  Then a few others.  And finally Buddy.  Buddy is a T-Rex from the PBS show Dinosaur Train.  This year he requested to be “Sonic the Hedgehog” (as pictured on this page).   His pre-school had a mini-parade and in-school trick or treating planned for this “holiday.”  His teacher said he had the best costume in the school.  Sonic?  Who would have thought.  But our son definitely had a blast wearing his costume.  A friend of mine with a son the same age who also enjoys costumes said, “I wish there was a costume day for kids that wasn’t associated with Halloween.”  I feel her.  Someone should invent dressup days throughout the year for kids to dress up.

These days I still don’t make it a habit to wonder around much on Halloween.  I don’t take my little guy go door to door.  No need since he does it at school.  Plus I don’t have to worry about poisoned candy or other foolishness.  There’s folk who lurk around trying to abduct kids on Halloween.  Sex trafficking is a huge industry in this world.  No, thank you.  I’ll stay right inside on this day.  Besides, our little guy has some dental issues and isn’t allowed to eat hard candy.  No gum or gummy bears.   Although he got some gummy bears from school.  And I just might try some!  Gummy bears were a huge hit on the Army based I lived in Germany. Gummy bears actually originated in Germany, pronounced over there as “Goo-mie bears.”

Perhaps when our little man is older we may consider turning on our porch light and passing out candy.  But this year, especially on the heels of Hurricane Sandy that ushered in a very cold, windy, winter air, we’ll do without.  DISCLAIMER:  I also don’t like horror movies or haunted houses.  I’m simply not a fan of spooky.

What are your thoughts?  Are you a Christian who believes there is nothing wrong with Halloween?  Why or why not?  Does your church take part in Halloween alternatives or distribute tracts?   Comment below.