Google Grabbed Groupon: You Grabbin’ Too?

Google recently bought up Groupon for 6-million dollars.  But while Google clearly understands the value of Groupon, I ran into a couple friends and family members who have never heard of Groupon.  “What’s Groupon?” they asked.

Groupon negotiates huge discounts—usually 50-90% off—with popular businesses. They give deals to thousands and in turn the businesses advertised on Groupon get a ton of new customers.

The below video by Groupon is a cool explanation of their service!

I’ve known about Groupon for a while but just started using it this year.

For example, yesterday I got a free S20-Page 8″x8″ Hardcover Photo Book from Shutterfly valued at $30!  (The Shutterfly deal is on for only another 24 hours; click here to check it out!)

I was able to get a free photobook because the Groupon price was $10 and I had $10 Groupon Bucks accumulated from referring others to Groupon, so my total price paid was… zippo!  And it just so happened I was planning on buying a Shutterfly photobook for a special event coming up, so it was the perfect deal that I’m so glad I saw in the free e-mail that comes from Groupon daily with discount alerts. 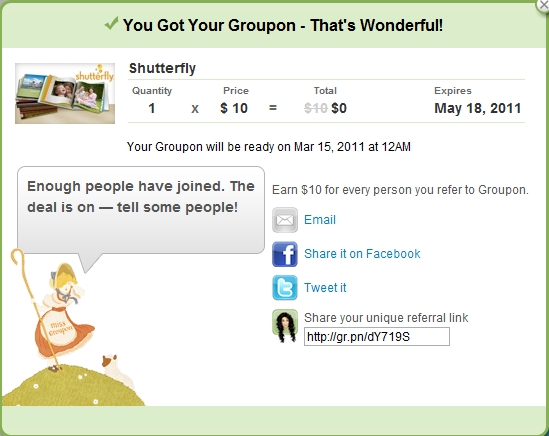 I’ve also been able to alert friends about Groupon deals that are available in other areas.  For example, my uncle needed to scan in hundreds of photographs after my father-n-law passed away, and a company that helps with doing just that (ScanMyPhotos.com).  For $29, a person can get $1,000 4×6 photos scanned in (normally a cost of $89).

You can also purchase groupon deals and gifts for other people.  I like the fact that people can also choose which Groupon to use their Groupon bucks on.

(See below for a few sample discounts that were recently offered on the Groupon website.) 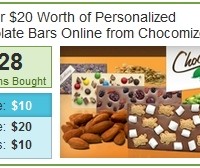 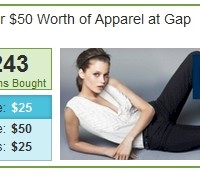 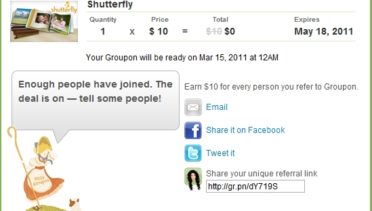 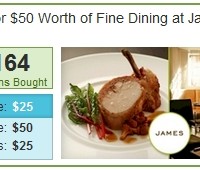 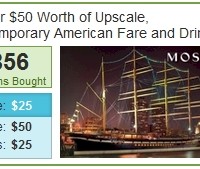 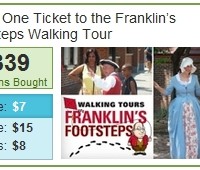 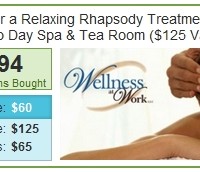 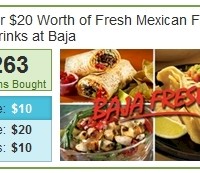 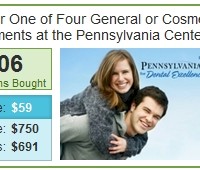 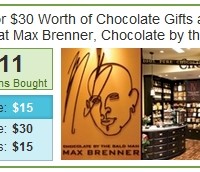 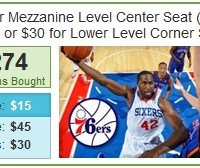 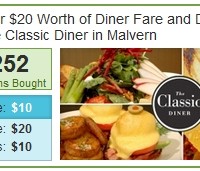 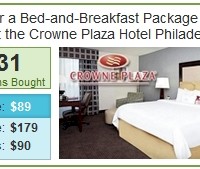 Groupon is in most major cities in the United States, including Philadelphia, Chicago, Atlanta, Los Angeles, etc! You get the picture.  More and more smaller cities are being added too as the popularity of Groupon spreads.