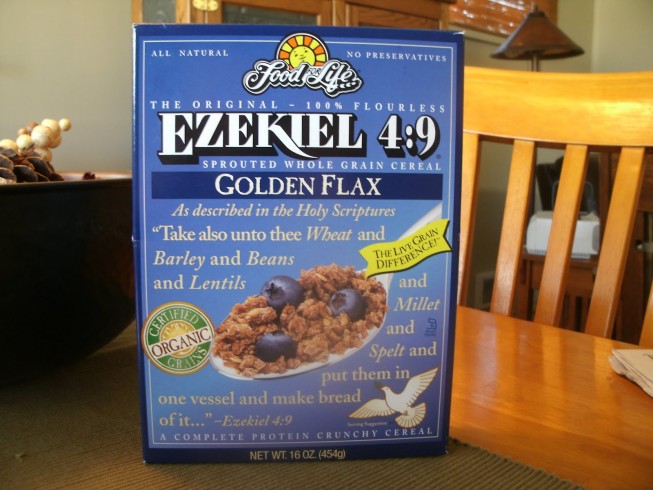 Last year my husband, Rodney, introduced me to Ezekiel 4:9 bread.  I thought the bread and its company (Food for Life) was pretty groovy.  Then came Ezekiel cereals. And Ezekiel english muffins.  And now there’s Ezekiel pastas too!

In the video above, Rodney reviews Ezekiel’s product line.  He also breaks down the meaning behind the product name, “Ezekiel 4:9.”  Turns out the products were named that based on Ezekiel 4:9 in the Bible.    The products he reviews are:

Ezekiel 4:9 in the Bible says,

“Now go and get some wheat, barley, beans, lentils, millet, and emmer wheat, and mix them together in a storage jar. Use them to make bread for yourself during the 390 days you will be lying on your side.”