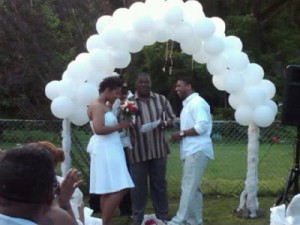 Manny & Nik renew their marriage vows, a surprise anniversary gift from Manny! This was June 15, 2010.

It was a traumatic year for all close to Manny (Emmanuel Lambert, Jr. AKA Da’ T.R.U.T.H) and his wife Nicole.  The year that Manny was actively engaged in adultery.  But that’s not where the story ends.  God beautifully restored their marriage, like only He can, turning any situation around for good–even a messy one–for His glory (Romans 8:28).   Manny has long since repented, received counseling,  renewed his marriage vows, and has a closer relationship than ever with God and his wife.  And he recently released a new album, “The Whole Truth” with Xist Music, his new record label company.

Watch the moving video below to hear what inspired Manny to write the song, “Cherished” on his new CD.

“Cherished” is the song he wrote to Nicole that features CeCe Winans.  The song was inspired by a book Manny read with the same name by Kim Cash Tate.  Kim and her book, “Cherished,” are also featured in the video.

In Manny’s words, he says,

“[The song is] inspired by the book Cherished but it’s also inspired by my wife. I wrote the song to my wife. I wanted to provide my wife with a fresh point of reference. And I had written a song to her before on “Open Book” that was directly to her, but this was something new, something fresh. I was trying to figure out what to write for her anyway and then this book came along. It’s just for her. It’s all about her.” 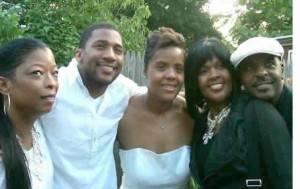 Editor’s Note:  Christians aren’t sinless.  They just sin less (hopefully).  The difference is that (genuine, authentic) Christians get up after falling down & sinning.  As illustrated in the video above.  Because we all make mistakes.  No one is perfect.  Christian or otherwise.  We all have fallen short of the glory of God (Romans 3:23).  So if you’re out there thinking or believing that there’s “no way” you can embrace Christ or follow Him because you see too many “hypocrites” out there professing His name (i.e., people preaching Jesus but living and acting foul), the problem is that one day you will stand alone before God.  And on that fateful Day, you aren’t gonna be able to point fingers at other people to excolor-box why you didn’t accept Jesus Christ as your personal Lord and Savior.  All that is gonna matter is the decisions you made.  For or against Christ.  So don’t base it on what other Christians are doing or not doing (most are practicing false religion anyhow).  Instead, base your decision for Christ on Christ alone, on what He reveals to you in His Word, through nature, through other people and situations and/or through “God winks” (divine coincidences).  If you listen closely enough, I believe you can hear Him speak to you even now.