Christians and the Topic of Jealousy 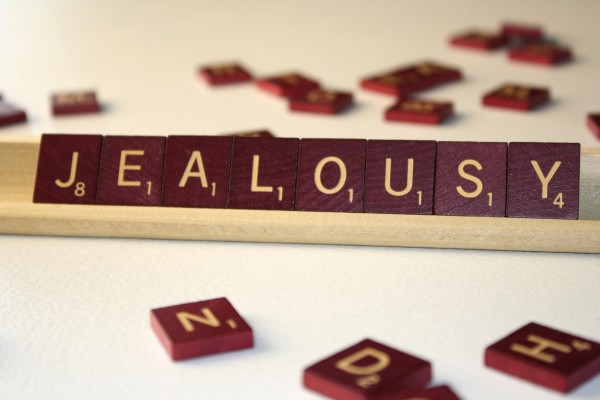 A friend of mine recently blogged on jealousy.  She addressed people who are jealous (part one) and people are are the object of someone’s jealousy (part two).

One thing I appreciate about my friend’s articles on this topic is her perspective as a professional counselor.  She shed insight as to why humans struggle with jealousy.

Her articles got me thinking about episodes of jealousy I’ve read in the Bible.  For example, Adam & Eve’s son, Cain.  He was so jealous that he killed his brother Adam.   Jealousy separated brothers Jacob and Esau for many years. Then there was Jacob’s sons, Joseph’s jealous brothers who threw their half brother into a pit to leave him for dead, then opted to sell him into slavery.  And let’s not forget King Saul who couldn’t handle David getting more battle props than him.  Even Daniel was thrown into the lion’s den due to jealousy; a whole group of jealous men who tricked King Darius into passing a law in hopes of killing Daniel.

I recall how my pastor used to share “member milestones” from the pulpit.  Things like births, marriages, engagements.  Stuff like that.  He’d always end the happy announcement by saying,

I’d chuckle not realizing then that many people do hate instead of smiling when the Lord blesses others.

Last year I became the object of someone’s jealous attacks, which I’ll tell you is no picnic.  I didn’t want to believe the person was jealous, but the Lord kept using people in my life to confirm the obvious.  What I learned is that insecurity is not just something for jealous people to overcome. Victims must overcome it, too. Victims of jealousy must be secure enough with who they are in Christ not to purposely perform poorly or do anything to sabotage themselves in an effort to appease their jealous attacker(s).  Otherwise they fall prey to the sin of people-pleasing aka idolatry.  This usually happens unconsciously.

Below are several very interesting articles on this topic, all by Christian authors.