Jeff Johnson on The Marriage Vow Signed By Republicans 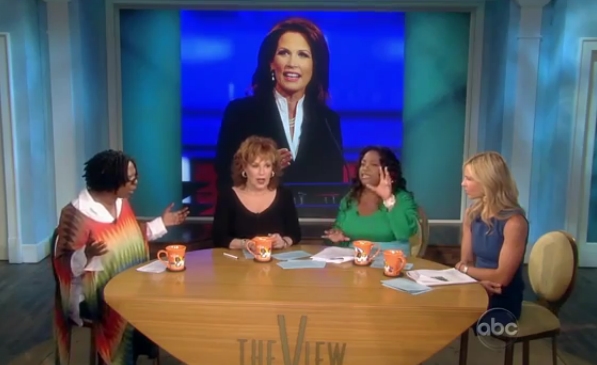 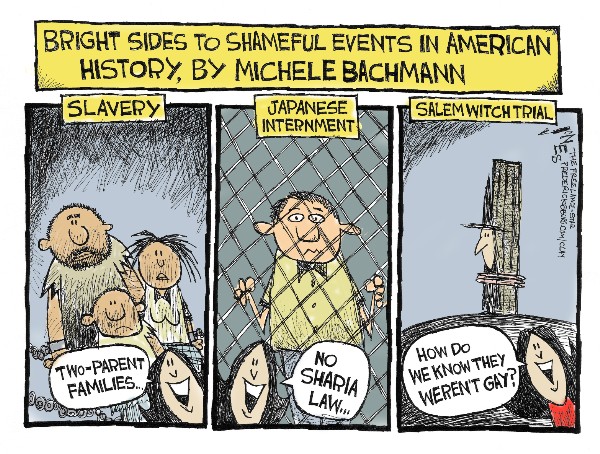 During his radio commentary on July 12, 2011, Jeff Johnson addressed the controversial language found in the The Preamble to The Marriage Vow.  The Marriage Vow is a document authored by The Family Leader.  And this document was signed and endorsed by two Republican candidates, including Michele Bachmann (R-Minn).

Whether you’re a Republican or Democrat, Jeff charges his listeners to denounce three very specific things.  He also reminds us that our communities are in crisis.  And that voting is critical.  Read his words below.

“For the last few days, people have been talking about this infamous “Marriage Vow” that was been signed GOP Presidential hopefuls Rick Santorum and Michele Bachmann (R-Minn). The marriage vow is a pledge that was issued by The Family Leader; it’s an Iowa-based Christian organization whose stated mission and purpose is to provide a consistent, courageous voice in the churches, the legislator, the media, and in the courtroom, in the public square, always standing for God’s truth. They believe that (and I quote), “God is the ultimate leader of the family. Our goal at The Family Leader is to honor and glorify God, not a political party, not a candidate, not a program. The Family Leader is a Christ-centered organization that will lead with humility and serve to strengthen and protect the family.”

How can you be mad at that?

The organization statement about the “Marriage Vow” however begins to give insight on what this is really about.

They stated, to have on the record, the personal convictions of each individual candidate as it relates to the issue of marriage. The signing of The Pledge will be a requirement for the future endorsement of The Family Leader. None of us are surprised by this. I mean, I don’t know how many of you believe the same, but Republicans have been talking about the definition of marriage within the confines of political discussion; it’s nothing new.

But then the Vow was actually released.

Candidates endorsed it, and then someone decided to read what is now labeled, “The Preamble” which has a total of five (5) points.  The first two (2) points read, and I quote,

The second point, which people aren’t necessarily talking about, LBJs 1965 War on Poverty was triggered in part by the famous The Moynihan Report, finding that the Black out-of-wedlock birthrate had hit 26 percent. Today the white rate exceeds that. The overall rate is 41 percent and over 70 percent of African American babies are born to single parents, a prime sociological indicator for poverty, pathology, and prison regardless of race or ethnicity.”

Now, I was never aware that not only were Iowa Christian conservatives were so concerned about us that they would place us on the top of their Pledge, I’ve never heard (which doesn’t mean it hasn’t happened, but I’ve never heard) Santorn or Backhman raise grave concerns over the plight of the Black family and our babies.

Well, after the statement was out and endorsed, many of us went nuts. How can this comparison be made? How could you have the midigated gall to even imply that a baby born into slavery could have a better more stable family life than under the first African American president?

Under their logic, the same could be true under Reagan, Clinton, and Bush. But there was no proclamation of concern of the well being of the Black family and babies under those administrations.

Let’s be clear about one thing: I’m not mildly surprised by the language of this Vow. This is not new thinking.  And if we don’t change, it will not end or be defeated.

What I hope we do as a community of Black citizens, regardless of our Party, is to denounce three things:

Despite the grave inconsistencies and just lack of accuracy in these statements, we must simultaneously accept the fact that we have a crisis in our communities and our families.  And we have a crisis of single motherhood. And we’ve got to address that.  But we can not address and simultaneously let people label us in such a way that’s not true.

Where are the Black Republicans? And I know it’s about five of ya’ll out there. But where are you on this issue?

Where’s Mitt Romney for that matter on this issue? The fact that he did not sign the Pledge should not allow him off the hook. If he fails to condemn the portions of it that are not just culturally offensive but historically blasphemous . But here’s the true dangerous part of the vow. After all the lines about marriage, homosexuality, abortion, making sure that candidates are faithful to their wives and the like, there’s a section that states,

>>> “The Vow of Civic Religious Lay Business and Social Leaders. We the undersigned here do solemly vow that no U.S. presidential primary candidate nor any primary candidate for the House, Governor, State or Municipal Office will in his or her public capacity benefit from any substantial form of aid, support, endorsement, contributions, independent expenditure, or affirmation from any of us without first affirming this Marriage Vow. Furthermore, to uphold and advance the natural insitituion of marriage, we ourselves also hereby vow our own fidelity to this declaration and especially to our spouses.”  <<<

This is incredibly dangerous because what this is attempting to do is to get candidates to claim allegiance to one school of thought around a small demographic of people that does not represent the United States of America.

Every Vote Counts – In Every Election – Small & Big

These kind of candidates, ya’ll, are not just running against President Obama. But they’re running from everything from the White House to dog catcher.

I know that the 2012 Election is some time away and a whole lot of us believe these crazy folks can’t beat President Obama, but it’s that kind of thinking that will put him at risk to loosing to the kind of people that would claim and actually believe that a child born into slavery would be better than a child under Obama.

Right now, register to vote. Educate yourselves. Prepare to transport people to the polls. Vote and hold people accountable. Not just in 2012 but every single Election. Because I don’t know about you but we as a community have fought and won too much to allow crazy people to get into office just because we think they’re crazy.

As always, I’m Jeff Johnson, and that’s my truth.

I stumbled across the below video showing a segment from The View.  Amazingly all the women of the View unanimously agree that Michele Bachmann used poor judgment in signing The Marriage Vow.  Whoopi Goldberg in particular is very vocal about it.  Watch below