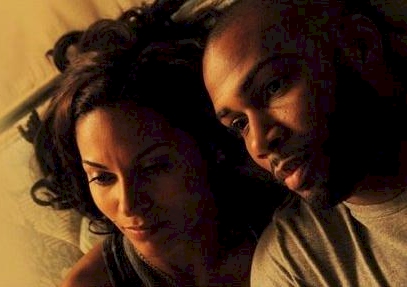 Following in the heels of the movie Mooz-Lum, there’s yet another new independent Black-produced film (an Ava DuVernay film) called, “I Will Follow,” was created and promoted outside of traditional Hollywood channels, that is slowly making its way into theaters across American through by the potent mix of public demand and online marketing, namely social networking (in this case Facebook, YouTube, and Twitter).

My hubby and I drove from Philly to Cherry Hill, NJ (show times there are 2:20 pm, 2:35 pm, 4:55 pm, 7:20 pm, and 9:50 pm).  This was the nearest location to us showing the film and it was well worth the trip.  It’s not your typical independent film that has an undeniable independent look.  No.  This film looked as good as other films on the big screen that used the traditional means to get there (i.e., Hollywood channels).

Below is a pretty cool interview with the film’s directory, Ava Du Vernay, along with the leading man and leading woman characters.

I definitely recommend seeing this film–and by doing so you will do your part in helping to make this type of distribution a reality for other films.  The rise of black film outside of Hollywood is on and poppin’, indeed!  Read my blog about Anthony Mackie’s remarks on the topic of Hollywood not really doing much for Black Film these days (he says it’s our responsibility, so does Jeff Johnson–who I also quote in the blog– and I agree with them both.  I also think it’s important for every Black person involved in the film industry today, no matter what role, to take heed of Ava’s remarks about distribution.  Check out those remarks here.

As of the writing of this blog post, I WILL FOLLOW is in the following cities:  NYC, LA, CHI, ATL, PHIL, DET, SF, Boston, Houston, Dallas, Char, Sea, NJ + MIA!  You can follow AFFRM on Twitter for the latest and greatest information.

UPDATE:  I ran across this video movie review about “I Will Follow” that I like, check it out here.